This is a fume extractor for soldering. It's a 12V 140mm Noctua industrial fan, held by a 3d printed bracket, mounted on a cheap china magic arm and, attached to it, a fume filter on the back and LED strips on the front. I made a version with a regular 120mm PC fan previously, but switching to a 140mm Noctua 3000 rpm fan is just a massive improvement. Skip the regular PC fan if you want to make something similar, it's not even comparable. The Noctua one has high air flow and high static pressure (which is an advantage with the filter in the back).
Surprisingly though, the fan - severly undervolted to 9V - still manages to suck in fumes from 20 cm distance without any problems at all. Probably could be even farther away, but 20 cm is my perfect working distance with the light. It's of course also helping with the noise (it's after all considerably louder than a regular PC fan).

UPDATE: I've added a switch for the fan and a PWM controller for the LEDs (removed the old one). It's way more useful as a general work light now and also looks a bit better. I also painted the base black. 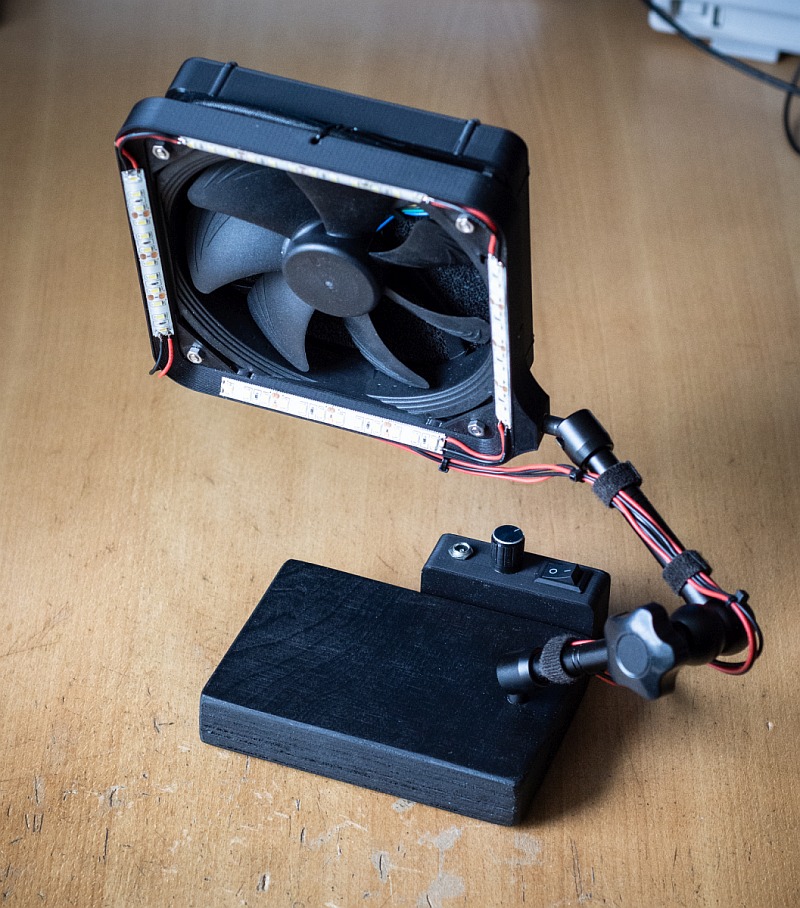 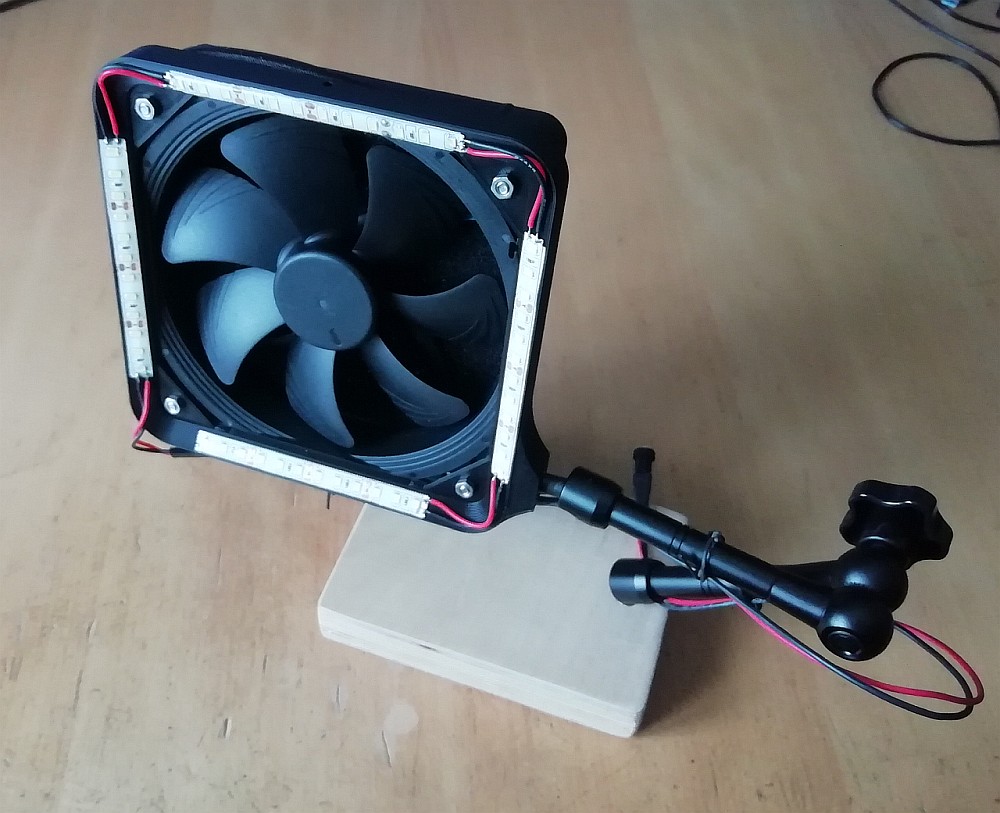 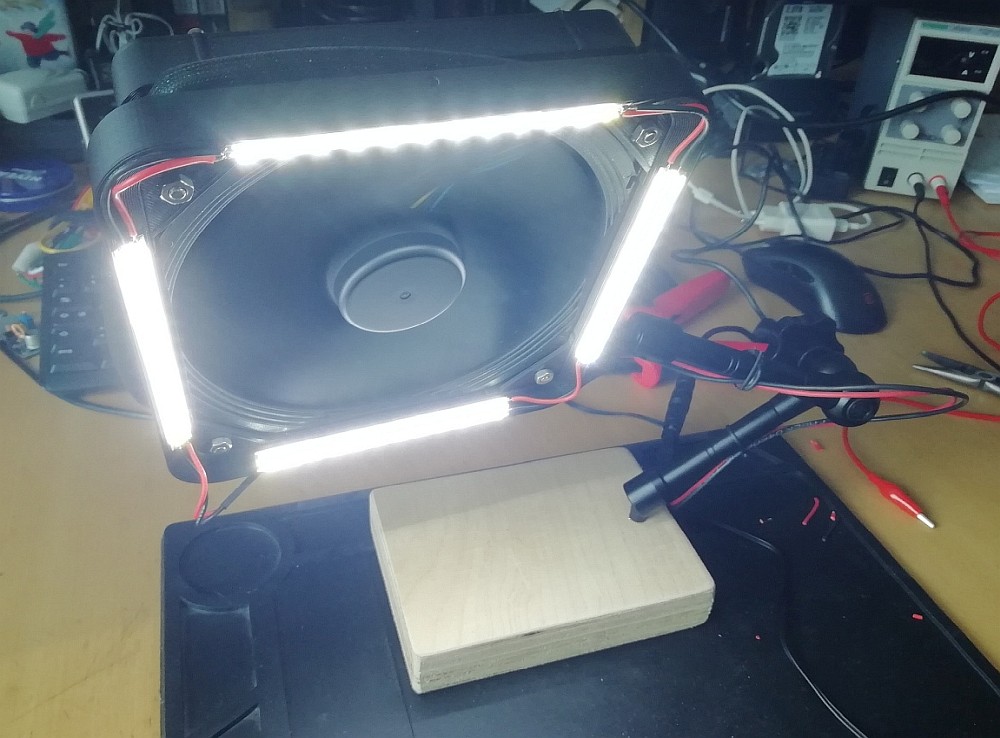 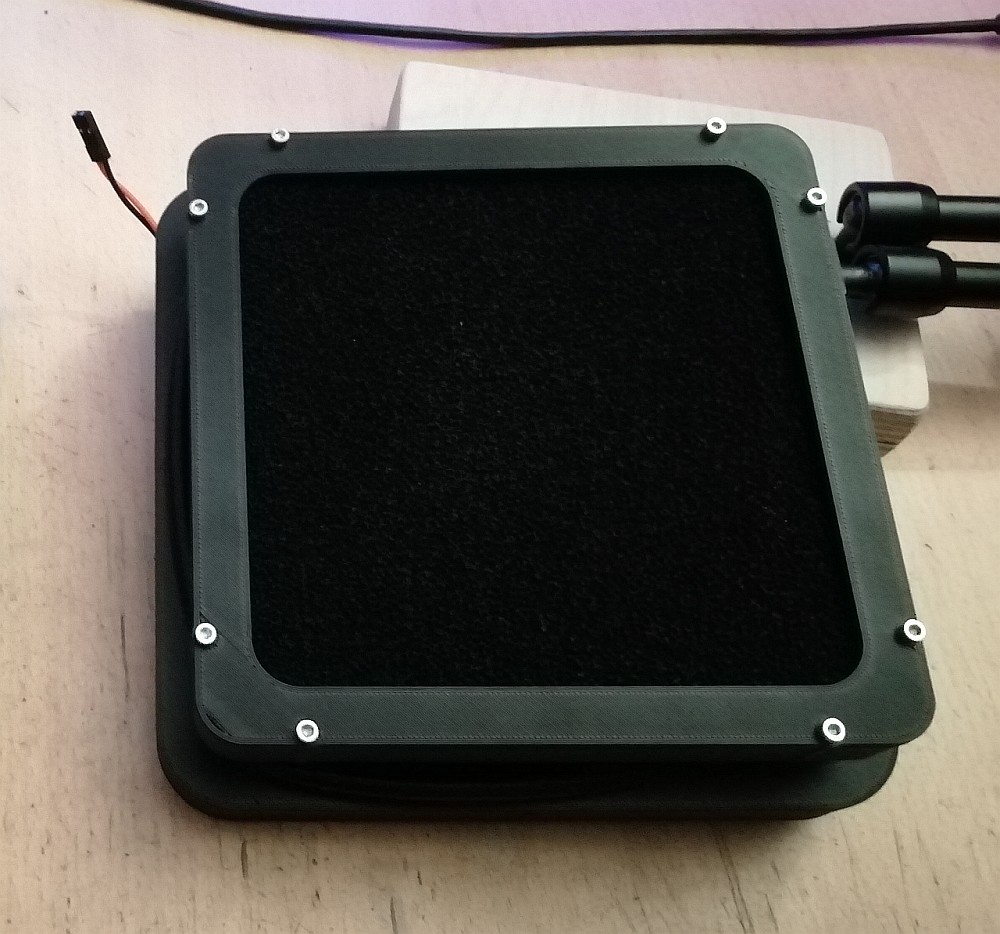 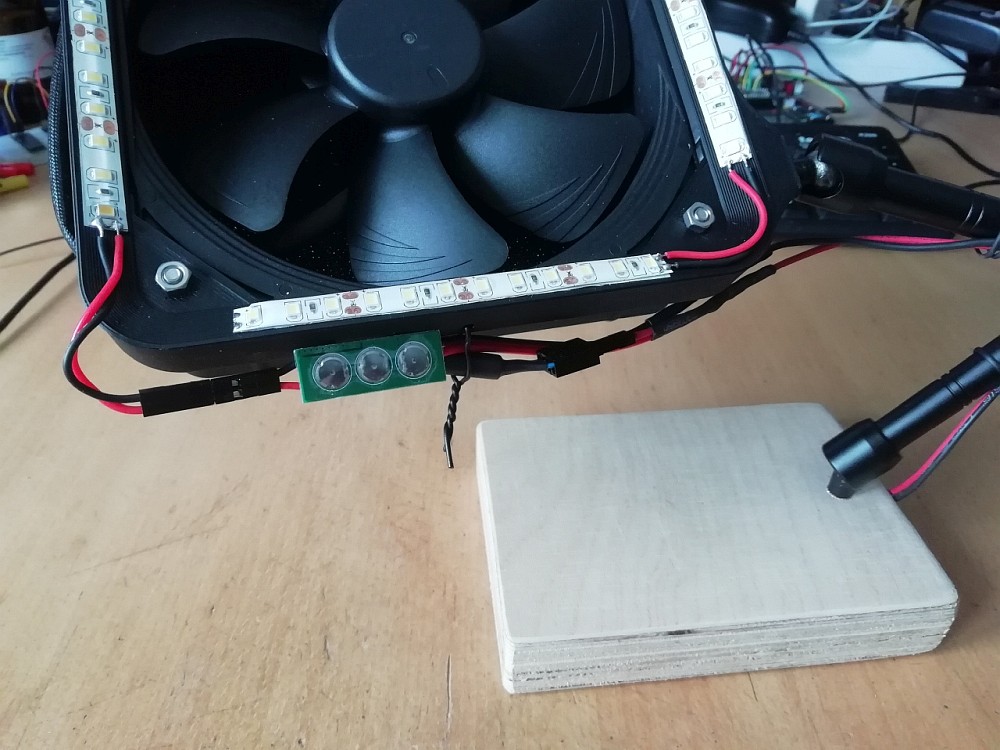 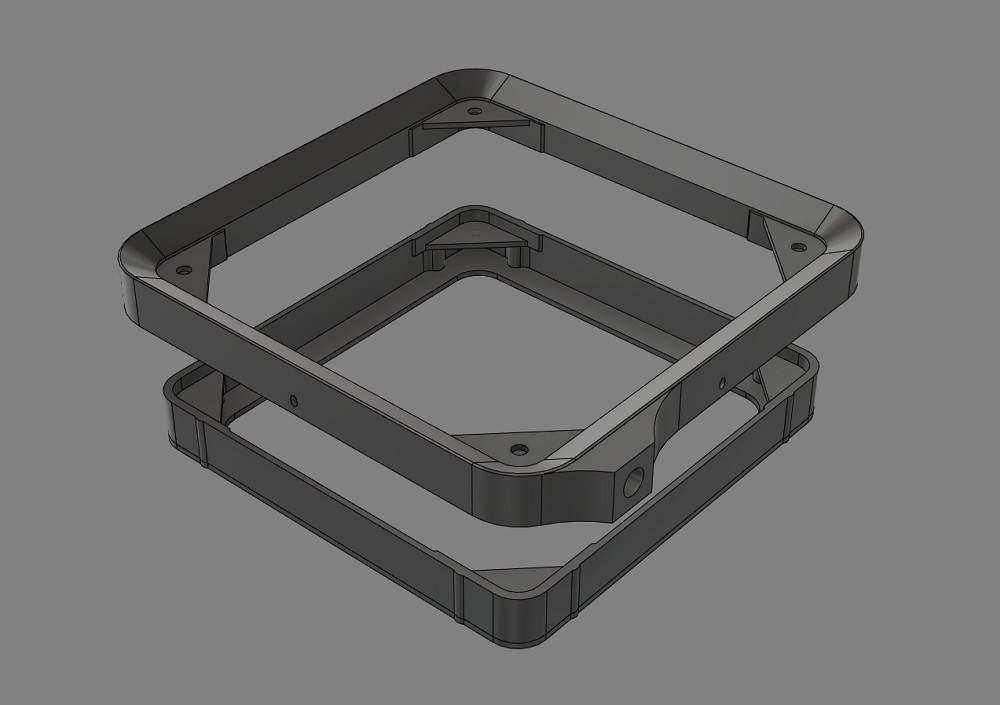